Well done to the Ballymun Exchange House team who defeated Finglas in a recent game which took place at Poppintree Community Sports Centre. The lads had been eagerly anticipating this crunch decider versus their near neighbours Finglas for a number of weeks.

John Paul McDonagh officiated at the game, whilst Jimmy Maughan took charge of the Finglas team, both of whom have leadership roles within the Exchange House Programme.

The game was played at a high intensity from the start with both sides displaying some good football. Ballymun took the early advantage, leading 3-1 after ten minutes with Martin McDonagh, Ciaran Stokes and Patrick McDonagh solid in defence. However Finglas didn’t take long to fight back scoring three unanswered goals before Ballymun nicked one back just on half time, leaving a score line of 4-4.

Ballymun once again started the better with two quick goals and had the better share of possession showing confidence on the ball. They then stretched their lead to 8-4 with two brilliant passages of play involving John McDonagh, John Darren McDonagh, Martin Stokes and Michael Stokes. Finglas showed their resolve with another flurry of goals which amazingly evened the game at 8-8 with seconds remaining on the clock. With the help of young Mickey Reilly, up stepped Shane Maughan with the winning goal to send the team into wild celebrations.

Player of the Match: Martin Stokes

Goal of the Match: Shane Maughan

Assist of the Match: John McDonagh 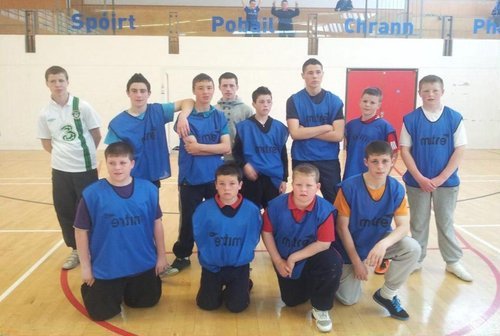 My Community 2020 "Sharing Our Digital Experience" event a success »